How to treat failures and learn how to respond to them correctly?

Many people find it challenging to overcome setbacks. They begin to twist themselves and make new mistakes. As a result, some situation becomes the beginning of the black strip, which becomes difficult to get out of. Sometimes it seems that the whole world is against you.

This article contains simple and effective techniques on how to quickly and easily overcome failures. What to do and how to look for a way out. Following the advice, you can become stronger psychologically.

How do people usually react to failures?

There are three common reactions:

YOU CAN ALSO READ:  How to hire a reliable and professional freelancer?

How to treat failures correctly?

YOU CAN ALSO READ:  13 important questions and answers about remote work

Let’s look at examples from life

As we can see, the main thing is to start acting and solve the problem and not to focus on negative emotions and destructive thoughts.

YOU CAN ALSO READ:  Most Common Customer Mistakes in working with a Freelancer

How to get out of the band of failures?

There are times when it seems as if the whole world is against you. Problems fly out like horns of abundance. It appears that there is no way out, but in fact – you have fallen into a spiral of negative thoughts. You can successfully get out of it if you apply simple tips:

As you can see, there are many ways to deal with failures. The root of the problem usually lies in our psychology. No wonder they say: defeat yourself – and win the world. By changing your attitude to problems and adjusting to acting constructively, you will successfully solve problems. Good luck and success in life!

Sanjay is a professional content writer at Onlineparttime.com and is working for several Magazines. As his major project, He is currently interviewing a number of freelancers and digital nomads. Typical CV errors that prevent you from getting a job 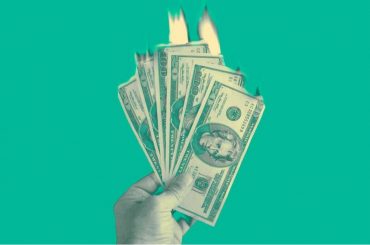